In January, we learned all about the Polar Regions in Junior Infants. In Aistear we had lots of fun playing in both the Arctic and Antarctica home corner. We were polar explorers searching for different animals, we had to set up camp in the freezing climates and build igloos. It was lots of fun. We had fun playing with small world based in the Polar Regions and we did lots of cut and stick activities to learn about penguins and polar bears. We learned about floating and sinking and tested out different objects to see whether they floated or sank. We also worked as a group to create an Antarctica poster. We used twistables, pencils and cotton wool to create our posters and stuck pictures of different animals native to Antarctica on them. 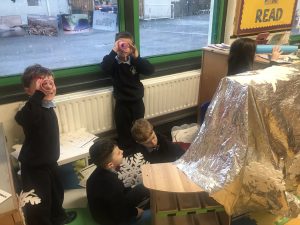 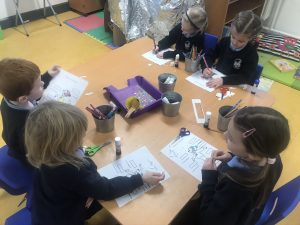 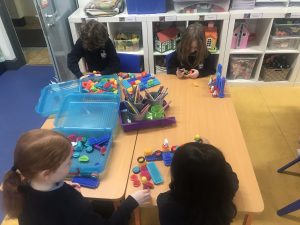 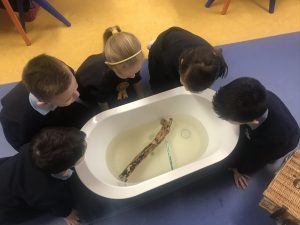 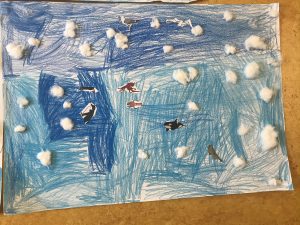 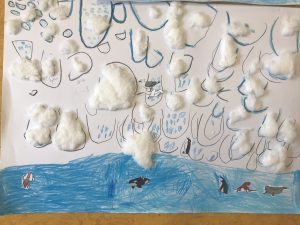 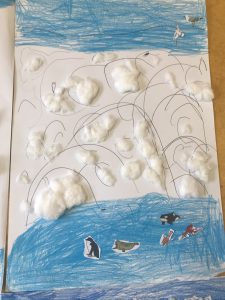 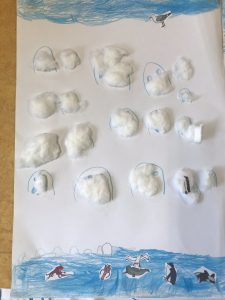 In English we continued to learn our Jolly Phonics and we enjoyed playing phonics games. We have also been learning our tricky words and making silly sentences with them, which we read each day. We enjoyed engaging with the books – ‘The Emperor’s Egg’ by Martin Jenkins and ‘Lost and Found’ by Oliver Jeffers, both books being about penguins. We found ‘The Emperor’s Egg’ to be very informative and we learned many facts about penguins. We also started writing a book for the ‘Write a Book’ competition. We decided to write our story about a lost penguin. We all contributed a sentence to the story and then wrote it out in our neatest handwriting and drew a lovely picture to go with it.

In Gaeilge we enjoyed learning about ‘An Scoil’ (School) and ‘Caitheamh Aimsire’ (Hobbies). We liked learning about ‘Caitheamh Aimsire’ as we learned new vocabulary and sang songs and rhymes relating to toys! Toys were definitely on our minds in January straight after Christmas! In Maths we took a giant leap forward as we started learning how to partition and combine within five! We have been learning our number stories for all the ways we can make five: 0 and 5; 5 and 0; 1 and 4; 4 and 1; 2 and 3; 3; and 2. We also enjoyed learning about time and weight. We learned the days of the week; we did lots of sequencing activities, timed games, sorting items according to weight and did some heavier / lighter hunts and challenges.

In S.E.S.E, we revisited the theme of toys and we worked together in groups to design and make a toy which we then presented to the class. We learned all about Antarctica and the Arctic – we especially liked learning about penguins and polar bears. We learned about the Irish explorer, Tom Crean, who almost made it to the South Pole. We learned the names of the seven continents and we had such fun singing the continents song on YouTube. 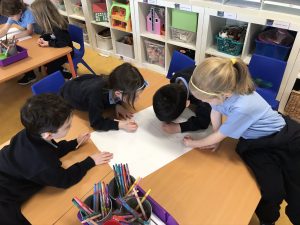 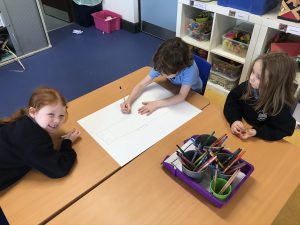 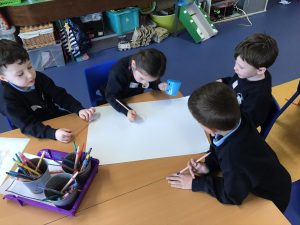 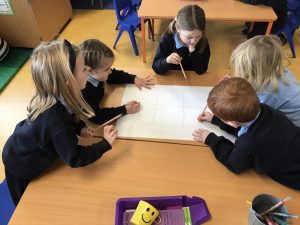 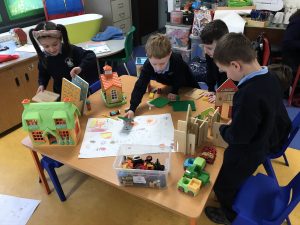 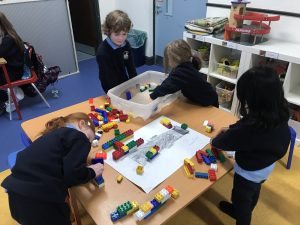 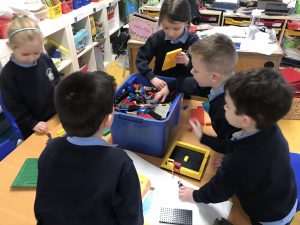 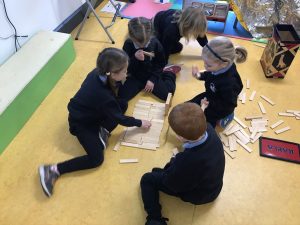 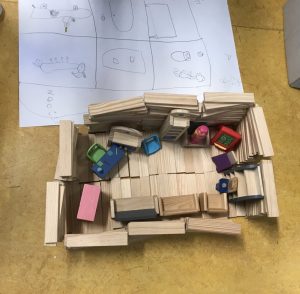 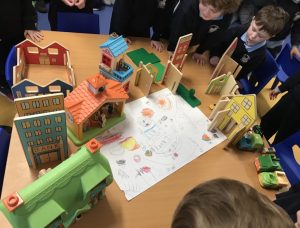 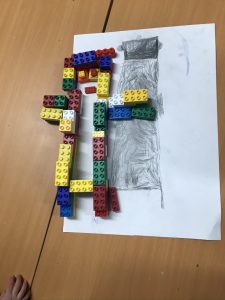 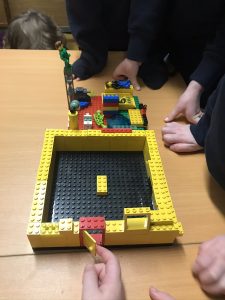 In Art we made beautiful penguin and polar bear collage pictures.  In Music, we sang some lovely songs – our favourite being ‘Boa Constrictor’ which we sang for our grandparents on Grandparents’ Day. All of our grandparents thought the song was so funny as it is about being eaten by a boa constrictor! We also learned how to use body percussion to create music and using this we performed the rain song using just our hands to make the sounds! 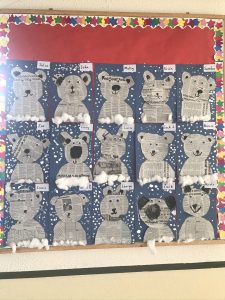 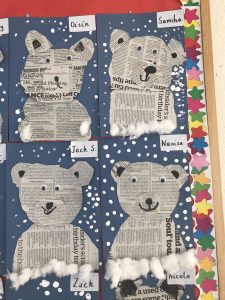 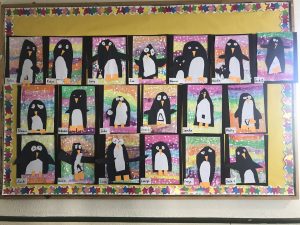 We hoped you enjoyed our blog this month – stay tuned for February’s news!