Mr. O’ Donovan’s 4th class have been really busy constructing bridges using newspaper, A4 paper, tinfoil, masking tape, paper plates and skewers. They used school books to measure how much each bridge could hold before it broke. Some held 60, while other’s held less. Everyone had lots of fun making the bridges. The most books that the bridges held was 60. 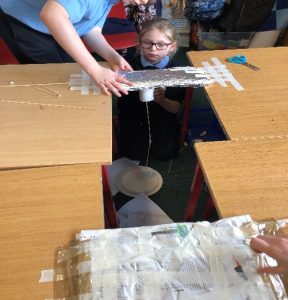 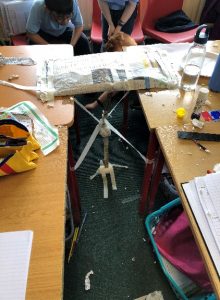 They also learned about the bridges of the world like, Beam bridges, truss bridges and suspension bridges. They found out the Golden Gate Bridge in San Francisco was a suspension bridge. They also made smaller constructions using only un-cooked spaghetti and marshmallows! They had to see which one had the most stability and which one was the highest. It was fun but a little hard to make sure that the structure would not fall down. 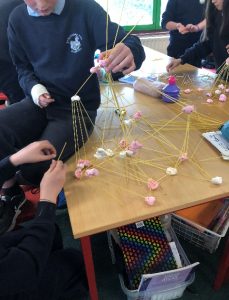 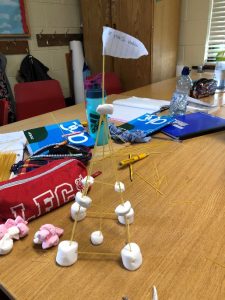