After a really lovely break, we’ve started to settle down in first class after a crazy and fun lead up to Christmas! One of the first things we did as a class, was discuss New Year’s Resolutions. We brainstormed some ideas that we knew we could stick to for the whole year, and everyone chose one to write up as a reminder. We’ll let you know how they’re going throughout the year!

Just before the break, we learned all about Christopher Columbus and his explorations. We learned about his life as a trader and chatted about how difficult life would have been as an explorer, before the invention of airplanes! Once we felt we knew enough about Columbus, we created fact files so that other people in our class could come and learn about him too!

Our first art lesson of the year focused on a printing technique called ‘pointilism’. We used cotton buds to fill outlines of our favourite toys with colour. It took a long time and the boys and girls had to be very patient, but I think the hard work paid off! 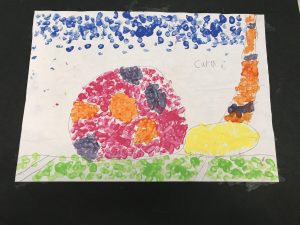 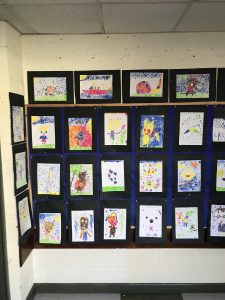